Did He Really Do It?

Ever since we returned from our Road Trip Ramble, Tim and I talked about retirement.  I was fortunate to retire early when I was 55 years old, but Tim was still working.  In early 2013, he set a target retirement date of age 60 – 2016, two years earlier than he had originally planned.  This became our plan.

Imagine my surprise when Tim began to seriously consider an even earlier retirement date – earlier, as in March 2014!  During the fall of 2013, Tim and I had taken another look at our situation and our finances and had determined that we could really make his early retirement plan a reality.  On October 22, 2013, Tim informed his supervisor at Rocky Mountain National Park that March 21, 2014, would be his last day of work.  Whoo-Hoo!!! 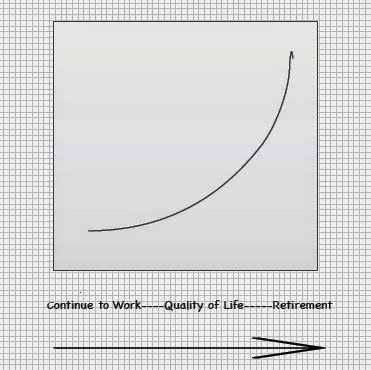 When faced with a major decision, Tim loves to prepare a matrix.  So, we listed our options, as well as the pros and cons for each possibility.  Although we loved living in Estes Park, we had always planned to move to a place with two or perhaps three months of winter, not six.  But where might that be?  Our plan had been to check out possible destinations on our Road Trip Ramble, but no one place really seemed to be the “one.”  So, we really didn’t have a place to go.  It made no sense to simply pick a place at random, not knowing if we would really want to live there.


The more we considered our options, the more full or part-time RVing rose to the top of the list and became a very real possibility.  We had loved our nine months as “temporary” full-timers.  Maybe that was the direction we should take.  Nothing else seemed to make any sense.

Since we couldn’t afford to keep the house in Estes Park and spend the majority of our time RVing, selling the house was a necessity.  I’m a gypsy at heart, so I had no problem with not having a home base to return to.  In fact, after I retired and moved out West, I was “homeless” until I met and married Tim.  I loved the freedom of not having a real home.  It took Tim a bit longer to come to terms with that concept, however.  But eventually he did embrace the idea, and our future direction was set.

If it seems that we simply fell into full-time RVing, you just may be right!
Posted by Sarah at 12:41 PM

We love hearing from you and reading your comments.

See Where the Road Leads is the chronicle of Sarah and Tim’s full-time RV adventure. We are traveling with our cat in a Free Spirit, a Class B motorhome from Leisure Travel Vans. As we explore the United States and Canada, we will follow back roads and scenic byways to visit national parks, museums, charming small towns and other places that strike our fancy. Join us as we embark on our new way of life.

On the Alaska Highway, Heading toward the Lower 48